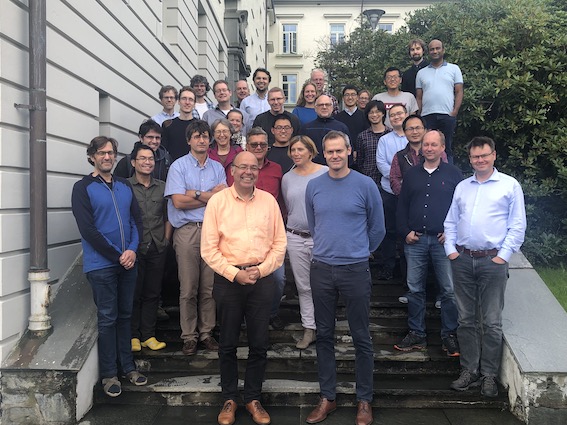 The KeyCLIM annual meeting is approaching and this year we will meet in person. The venue for the meeting will be NORCE Geophysical Institute in Bergen. During the annual meeting we will get an overview from all the work packages with individual presentations as well as presentations from related projects. We will also discuss the KeyCLIM project status, report, extension and deliverables. We are really looking forward to this meeting, and hope you are too!

Picture from the KeyCLIM/INES annual meeting in Bergen 2019.

Climate sensitivity, the degree of warming for a given increase in atmospheric CO2, is an interesting measure that relates directly to the available carbon budget in regards to the Paris Agreement. However, model results have shown a large spread in climate sensitivity which has puzzled scientists especially after the last round of model experiments in support of the new IPCC report on climate change showed an increase in the simulated climate sensitivity.

Now, new research led by Dr. Ada Gjermundsen from MET Norway, reveals that a large part of the model spread is due to different ocean responses to increasing CO2 in climate models. Generally, in models that have high climate sensitivity, the Southern Ocean surface warms very rapidly as the heat taken up by the ocean stays close to the surface. Within the first few years, the rapid warming in the Southern Ocean initiates a so-called shortwave cloud feedback which others have recognized as the main driver of the high sensitivity - in essence, due to a reduction in low-level clouds, more of the sun's energy reaches the surface. In other models, that appear less sensitive, the ocean is able to transfer the excess heat to deeper layers delaying the start of the cloud feedbacks. Importantly, Dr. Gjermundsen and her co-authors show that these models will eventually warm as much as the models with the early initialization of the cloud feedback, but that the warming is delayed by centuries. 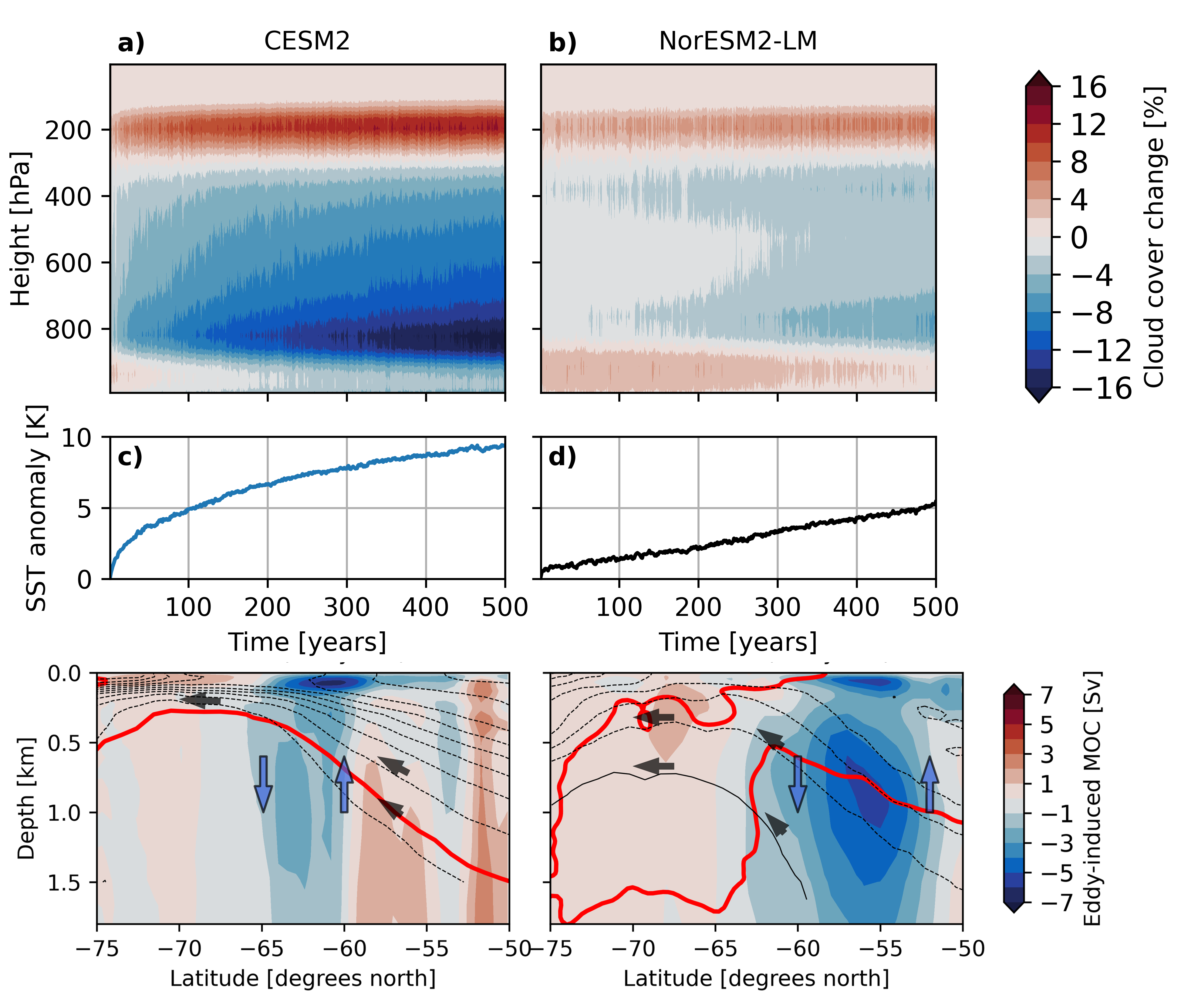 In this study we have compared two CMIP6 models, the Community Earth System Model version 2 (CESM2) and the CESM2 based Norwegian Earth System model version 2 (NorESM2) which have different climate sensitivity (5.3 and 2.5 K respectively). The panels show the change in cloud cover south of 35°S (upper) and the change in sea surface temperatures (SSTs; middle) for CESM2 (left) and NorESM2-LM (right) for the first 500 years. Clearly evident is the feedback between reduction in the low, reflective clouds and the SST warming in CESM2. As the low, reflective clouds evaporate, more heat is absorbed by the ocean surface which warms and causes further reduction in the low level clouds in response. In contrast, NorESM2 shows small changes in the low cloud layer and considerably slower warming. The main mechanism causing the difference in warming is evident in the two bottom panels; the thick solid line indicates the 1°C increase in ocean temperature. In CESM2 the Southern Ocean warming is greatest in the surface layer. In NorESM2, the ocean warming is confined to the subsurface.